So Sketchy is ONE, hip hip hurray, and we are celebrating with a blog hop! I used a fun sketch of Allison's from May I hadn't tried yet to share with you today. 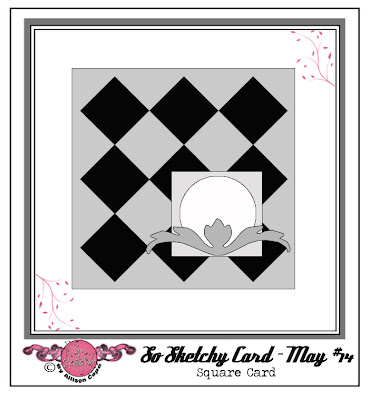 The patterned papers you see are from Emily Giovanni's "Bright Summer Grunge" Digital paper pack and the daisy image is from the "Eclectic Summer" Stamp TV kit, aren't they all gorgeous? I punched 1 1/4" squares of the red paper to make the diamond background (placed on top of the turqoiuse, you don't have to cut those out, too!), I made this card a little bigger 5.5 square to make the pattern fit (so I'll put it in a large envelope). I added a curved corner and some punched large flourishes from Emily's green print and some white paper flowers underneath to give the flower some more "fluff"! Crystal Lacquer in the centers for shine and dimension, base is Apricot Appeal. 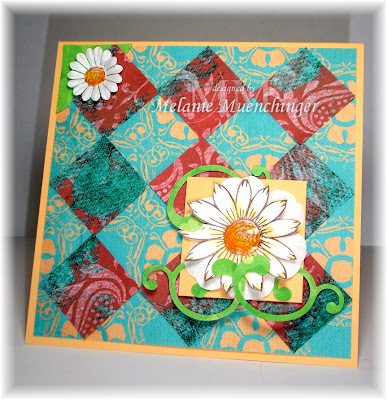 3. some means of getting a hold of you (ie: email or blog link).

So make sure you have commented on all the Sista's blogs and then leave your information on the correct post at the So Sketchy! blog.

The prize draw will take place on Thursday June 4 after 10pm MST so you have until then to complete the round of blogs. The winner will be posted on the blog sometime after the 5th of June.

Last stop on the So Sketchy Blog Hop is ME so be sure to go back to the So Sketchy blog so you don't miss it or any of the other Sistahs! This card is going to Allison herself because it's also HER birthday, so be sure to leave her some birthday love, too!
Crafted with YOU in mind by Melanie at 6/02/2009 03:30:00 PM