Once again, some really terrific entries in this month's contest! I really wish I'd had more than one prize to give out! Here are some projects I'd like to recognize today:

Jessica Rone made several wonderful cards, it was hard to decide which one to mention but I'll go with this one for now! : I think the layout, colors, patterns, and the way she pulled all these elements together with the ribbon was fantastic. And I love the little scene she made with frog, grass and water. She wrote with this entry that these stamps are allowing her to create the little scenes she's always dreamed of-that was so wonderful to hear! 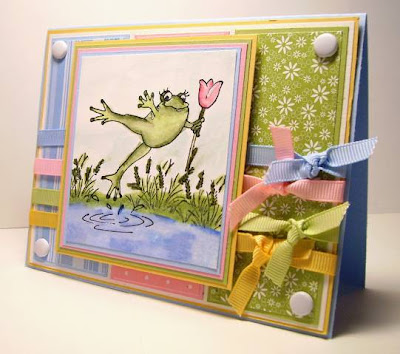 Monika Davis made this FABULOUS Hoppy WITH you card!! The mirror images with the three balloons make such a terrifc layout, it's just so fun! She says she used acetate to mirror the image, I might need some pointers fom her because I tried to recreate the effect and mine didn't come out looking like hers!! Monika, up for a tutorial?? 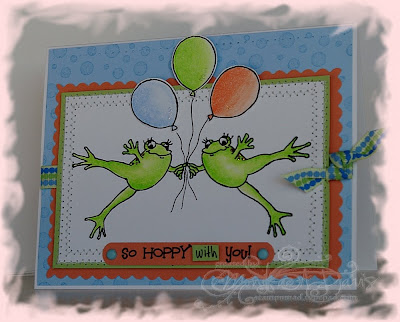 Lee Murphy has several terrific entries, these two were really unique: I LOVE the pun and joke here!! you can almost hear the song playing, so clever, and love how they're carrying him along, that's what friends do for us alright! 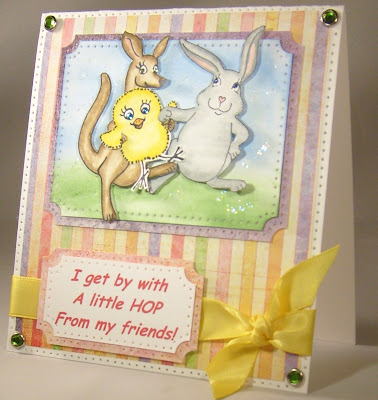 Her next one: did you know you could make cross stitch from stamps?? I didn't! and won't be making my own! lazystitcher, too much time!!) but I think it is the bomb! And I love the "hop into a good book", just delightful, perfect for a bookworm like me! Lee, if you have an extra week or so of nothing to do, feel free to make me one! LOL! 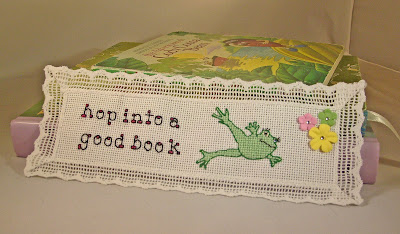 Susan Liles created this bright, cheerful card that got me ready for spring! Her color palette and coloring is so nice, and I love the DPs she used, work so well with this image! (and has the "chicky" at the bottom, see? Very nice!) 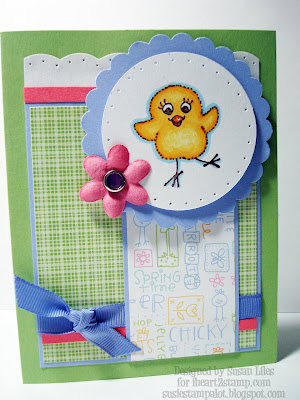 Monika Davis also made this bunny showing his patriotism! She has so many great details here! I especially love how she made the ears poking through the hat, and how she repeated the flag pattern on to the balloon! So festive! 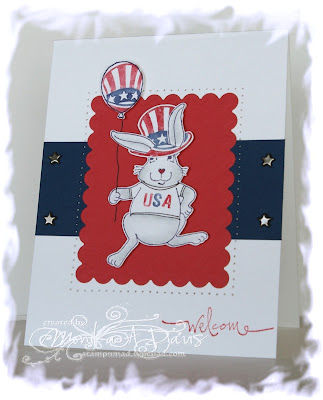 Are you ready for this?: two fantastic CLOCKS submitted by two different people!! The first is by Linsey Rickett. I love how she made the clock dimensional with dew drop covered lily pads(foam die cuts?) and silk flowers! 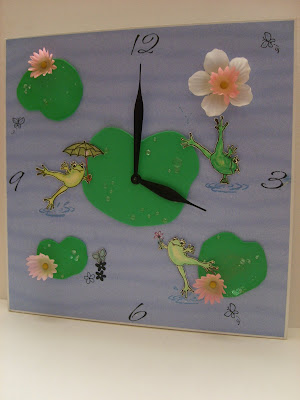 The second I received was from Terri Moore. She even has a video on her blog of it in motion, and what really charmed me about it I how she attached the butterflies to the second hand so they move!! How clever is that? I also love the alcohol ink finish she did here (at least I assume she did!) really looks like bubbly water! (isn't it spooky how similar this really original idea was?? Terri, Linsey,were you two separated at birth??) 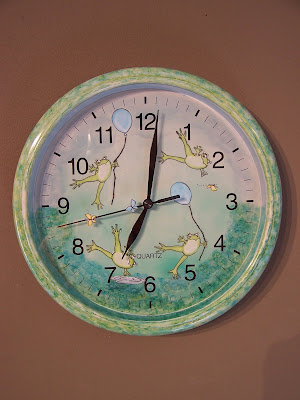 Next is Carolina Buchting's hopcake!! SO sweet and yummy looking, and almost too pretty to eat! (almost! I'd eat it!! save the stick, put it in a vase or pencil can...) :) 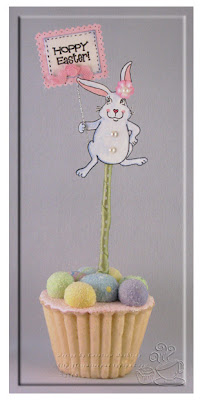 I could keep going, but I'm afraid I'm coming down with something. ;( (I have some posts saved up, though, so I'll be able to share new tin projects over the next few days no matter what!)

goodnight, cyberhugs to you all!

PS there will be another contest this month! more deets to come! :)

Window on the Water